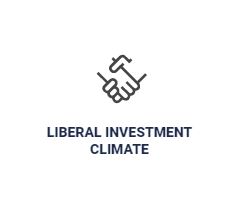 Discover top reasons to invest in Turkey and find out more about its economic success story.

The young and well-educated population of Turkey is a great asset as investors are facing considerable challenges elsewhere in Europe with ageing and shrinking populations.

Turkey offers excellent opportunities with its growing, young, and dynamic population – the driving force behind a strong labor pool and a lucrative domestic market.

Turkey’s population was registered as 82 million in 2018. It is expected to reach 86.9 million by 2023, and 100.3 million by 2040, according to the Turkish Statistical Institute (TurkStat). The population is projected to maintain its growth momentum until 2069, when it will peak at 107.6 million.

Turkey, with half of its population under the age of 32 in 2018, has the largest youth population among the EU member countries

Over the past decade, Turkey’s age-dependency ratio has maintained ​its downward trend, allowing more flexibility in government expenditure on healthcare, social security, and education.

About Alternative Investment
Let Us Call You